Dore’s baseball journey began at the Bristle Baseball Club in Perth. He had exceptional skills in all aspects of the game. He was a key player in the Club's 1938 State League Championship and, prior to the long break due to WWII, was named captain in 1940.

Dore’s WA Claxton Shield representation spanned from 1946-1954 as well as representing Australia in 1954. Jim was captain/coach of the 1954 Southern Districts Cubs Night Baseball Competition and continued the role in 1955-56 as well as coaching the team to the 1957 grand final.
Dore holds a special place in the history and folklore of South Perth Baseball Club as a player, coach and administrator. He was honoured with an elevation to Life Member of the Cubbies in 1951.

Below is a sample of some of Dore’s achievements :
“Jim Dore was one of the most gifted players to represent WA at Claxton Shield during the 1940’s through until the early 1950’s. He captained local club South Perth to a number of senior premierships and proved himself to be a master tactician as well as a player and was respected by all who knew him or played with or against him. An icon of his era, Jim will be long remembered to all in the baseball fraternity.”
Kaye Greenham – Baseball Australia Hall of Fame Inductee 2014

"Jim was a fierce competitor but fair - you didn't want to get in his way."
Doug Corker - Baseball WA Life Member & Historian 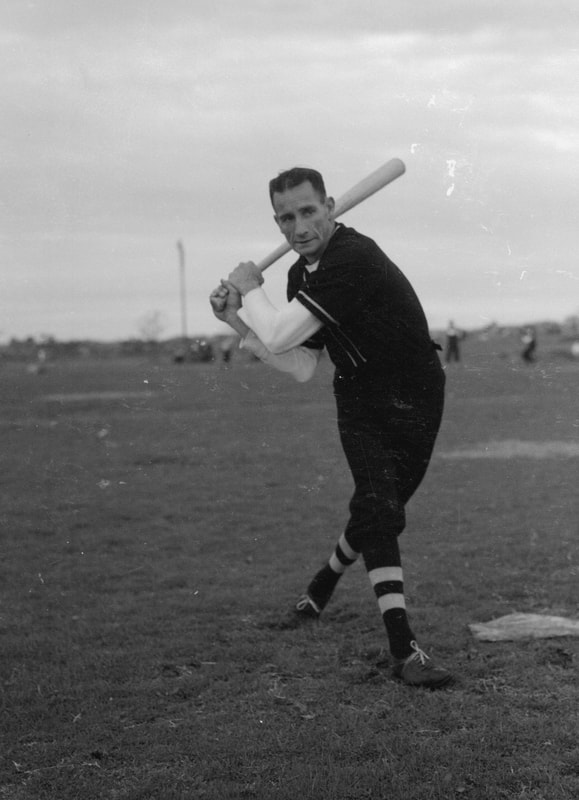