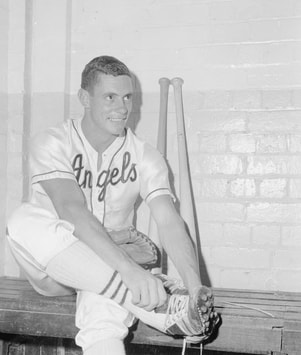 ​Rod Byrne was a highly respected player and manager throughout his baseball career. Whether coaching or playing, he excelled in many Claxton Shield sides and featured in Australian colours both at home and in Asia. In 1961, Byrne was offered a contract to play in the US via the Cincinnati Reds organisation but decided to turn down the opportunity and remain in Australia.

Bryne’s strongest attribute as a manager was his leadership ability. He was always looking to motivate and develop his teams into becoming strong and challenging by working together to achieve success. A believer in continuous improvement, Rod applied that to himself through a rigorous study of the game of baseball over the years.

Below is a sample of some of Rod’s achievements:
“Rod not only made players want to win, but he also made them believe they could win, and we did. Under Rod’s management WA won four out of five Claxton Shield Championships - one of the most impressive dynasties in Claxton Shield history. Rod’s contribution to the development of baseball in WA is unparalleled to this day.”
Don Knapp - Baseball Australia Hall of Fame Inductee 2008