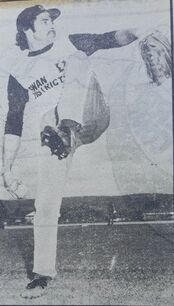 ​Graham Ward was one of his era’s best players in Western Australia, playing A Grade for 23 years across multiple clubs. In 1975, Ward got his start playing at the top level for Victoria Park / Belmont. He was impressive in the field, at the plate and on the bases and, from 1976 onward, he became an automatic selection in the WA Claxton Shield Team. From 1976-1985 Ward would remain in the Claxton Shield Team for WA and would punctuate his career by stellar National Team representations. Ward was part of Team Australia in their debut in the Amateur World Series in 1978 in Italy.

Ward caught international attention at this tournament, hitting .378 and tied 5th for most hits in the series, tied with current Cleveland Indians manager and MLB legend, Terry “Tito” Francona. In 1981, Ward headed to the World Games in San Jose and the Intercontinental Cup in Canada to once again represent Australia.
After a successful stint with Swan Districts that earned Ward two Presidents Medals (1981/82 and 1985/86), Ward headed back to where it all began at the Victoria Park Baseball Club, where Ward managed the State League team from 1994-1996.

Below is a sample of some of Graham's achievements:
“A vacuum cleaner at shortstop Graham was ahead of his time in reading the hop and coming to get the ball. Graham had above average arm speed and could throw with strength from any position, regulation, deep in the hole or on the run. Possessed with excellent speed, Graham would steel 2nd or 3rd and take extra bases on any defensive mistakes. Whether he was leading off or hitting in the 2 hole Graham was an on base machine with power. Great team guy who always wanted to win”
Don Kyle 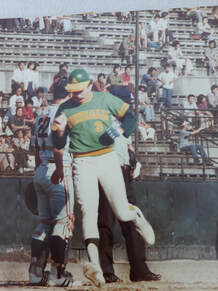