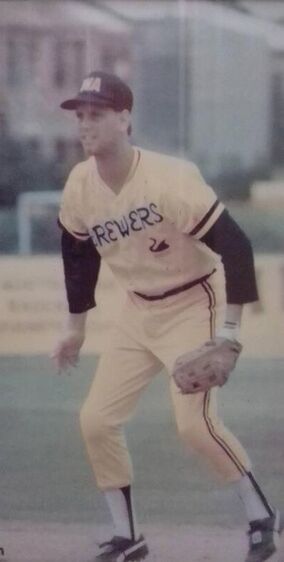 On the 12th of October 1982, Dave Rusin stepped off the plane from Oregon in the USA and onto Australian soil for the first time. With no idea what to expect, Rusin had heard that baseball in Australia was on the rise and he was excited to be part of it.  Dave started his stellar career in WA baseball during the 1982/83 season competing for the Melville Braves and would remain at the Club for a decade.  He helped the Braves break their 12-year premiership drought by being a key part of the 1986-87 Championship Team. Rusin was acknowledged as one of the greatest Braves players of all time when he was selected in their Best Team Ever.

Rusin’s elite talent was evident early on as he won the President's Medal (MVP) in his first season playing in WA. He soon became a regular member of the Claxton Shield Teams (State, Brewers & Heat) from 1984 where he put in dominant performances.  Rusin was a member of the 1990/91 Perth Heat Championship Team. He had a stellar season on the mound finishing with a 3-1 record and a 1.80 ERA.

Rusin’s record in the State League was outstanding. In his distinguished career, Dave won six Presidents Medal’s, several batting and pitching awards and was a dominant player on 4 Premiership teams.

Below is a sample of some of Dave's achievements:
“Always focused and positive. With his knowledge of the game you could always hear Dave talking and helping the younger players. He was a fierce competitor and carried himself around the field with composure. If someone asked me to define the words a sportsman or a gentleman, I would answer Dave Rusin.”
Parris Mitchell - Baseball WA Hall of Fame Inductee 2021

“When I think of leadership on the baseball field, I think Dave Rusin. Dave had the unique ability to
carry a team with both bat and ball and he fostered confidence in all those around him. He gave you a kick in the pants when you needed one but was also the first person to pick you up and pat you on the back when you deserved it.”
Geoff Dyer